The QPI Lectures are a series of freely accessible live webinars organized by INL, to track the rapid progress of research and development in quantum science and technology.

This field studies how quantum mechanics enables new ways of designing new materials, processing and communicating information, and developing new sensors. These free, online webinars, will provide a technically-minded audience with overviews of these disruptive areas, given by researchers who are world leaders in their fields.

Register for free and attend the live talks, and participate in the live question and answer session at the end of each one.

Join us in this Second Quantum Revolution!

Title:
Quantum circuits, and the future of quantum technology in the cloud

BIO:
Dr. Jay Gambetta is an IBM Fellow and the Vice President of IBM Quantum, in charge of IBM’s overall Quantum initiative.

He was named as an IBM Fellow in 2018 for his scientific work on superconducting qubits, quantum validation techniques, implementation of quantum codes, improved gates and coherence, and near-term applications of quantum computing—in addition to establishing IBM’s quantum strategy.

Under his leadership, the IBM Quantum team has made a series of major breakthroughs in the quantum industry: starting with launching the IBM Quantum Experience – the world-first cloud-based quantum computing platform for users to access real quantum computers, the IBM Quantum team released Qiskit – an open source software development kit for developing quantum programs, and deployed the IBM Quantum System One, a family of quantum processors for clients that now includes the 27 qubit Falcon and 65 qubit Hummingbird quantum processors. IBM Quantum continues to expand in the market by providing 42 quantum systems opened for service over the cloud from anywhere in the world, building the foundations of the quantum industry with a community of partners advancing quantum science and applications.

Dr. Gambetta received his Ph.D. in Physics from Griffith University in Australia. In 2014, he was named as a Fellow of the American Physical Society and has over 130 publications in the field of quantum information science with over 23000 citations. 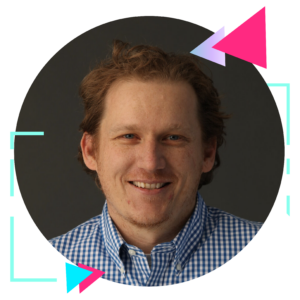 Abstract:
Bose-Einstein condensation (BEC) has been realized for various particles or quasi-particles, such as atoms, molecules, photons, magnons and semiconductor exciton polaritons. We have experimentally realized a new type of condensate: a BEC of hybrids of surface plasmons and light in a nanoparticle array. The condensate forms at room temperature and shows ultrafast dynamics. We have achieved such Bose-Einstein condensation also at the strong coupling regime, and shown by varying the lattice size that the thermalization in these systems is a simulated process that occurs in 100 femtosecond scale [2]. This new platform is ideal for studies of differences and connections between BEC and lasing.

Recently, we have determined the spatial and temporal first order correlations of the strongly coupled BEC, and observed non-exponential decay distinguishing the phenomenon from lasing and nonordered states. We have observed that the condensate phase has a non-trivial phase structure which in turn leads to complex polarization patterns.

We determine the phase of the BEC by a phase retrieval algorithm, for the first time for any type of condensate. The non-trivial phase is likely due to non-linearities related to the strong coupling nature of the condensate. We have shown that also nanoparticle arrays made of dielectric materials can be brought to the strong coupling regime. This opens new possibilities for lasing and BEC studies due to reduced losses and different single particle optical response. 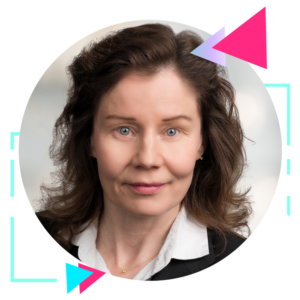 Department of Computer Science and Institute for Advanced Computer Studies, University of Maryland 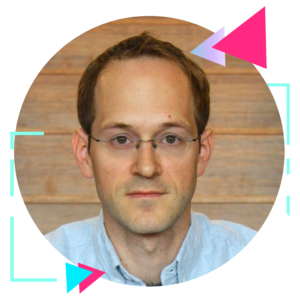 Abstract:
Advanced quantum systems are integral to both scientific research and modern technology enabling a wide range of emerging applications. Nitrogen vacancy (NV) centers, optically-active atomic defects in diamond, are directly relevant in this context due to their single-spin sensitivity and functionality over a broad temperature range. Many of these advantages derive from their quantum-mechanical nature of NV centers that are endowed by excellent quantum coherence, controllable entanglement, and high fidelity of operations, enabling opportunities to outperform their classical counterpart. In this talk, I will present our recent efforts in developing NV-based quantum sensing platform and technologies. Specifically, we demonstrated electrical control of the coherent spin rotation rate of a single-spin qubit in an NV-spintronic hybrid quantum system. By utilizing electrically generated spin currents, we are able to achieve efficient tuning of magnetic damping and the amplitude of the dipolar fields generated by a micrometer-sized resonant magnet, enabling electrical control of the Rabi oscillation frequency of NV spin qubits. In addition, exploiting a state-of-the-art NV quantum sensing platform, we achieved optical detection of magnons with a broad range of wavevectors in magnetic insulator thin films. Our results highlight the potential of NV centers in designing functional hybrid solid-state systems for next-generation quantum-information technologies. The demonstrated coupling between NV centers and magnons further points to the possibility to establish macroscale entanglement between distant spin qubits and paves the way for developing transformative NV-based quantum computer. 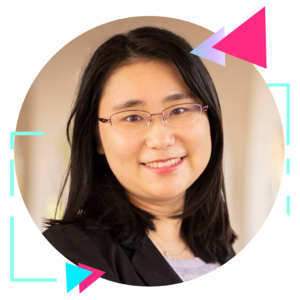 Abstract:
Monolayer transition metal dichalcogenides (TMDC) have emerged as a new platform for studies of tightly bound excitons and many-body excitations in ultimately thin materials. Their giant dipole coupling to optical fields makes them very appealing for implementing novel photonic devices, and for fundamental investigations in the framework of cavity quantum electrodynamics [1].
Our recent experiments show that the regime of strong light-matter coupling between excitons in atomically thin transition metal dichalcogenides and microcavity photons can be accessed while retaining the canonical valley-properties of the TMDC layer [2] and that the effect of bosonic condensation of exciton-polaritons (see Figs. 1a,b), driven by excitons in an atomically thin layer of MoSe2, has become within reach [3]. We address the pending question on the emergence of long-range first-order spatial coherence, via interferometric g(1)(t) measures (Fig. 1c). I will finally discuss the emergence of coherence in polaritonic resonances at room temperature and their implementation in fully tuneable optical lattices with integrated WS2 monolayers as a first step towards exploring correlations in highly non-linear synthetic lattices [4]. 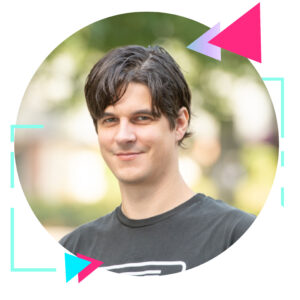 Abstract:
The understanding of strongly correlated quantum matter has challenged physicists for decades. The discovery three years ago of correlated phases and superconductivity in magic-angle twisted bilayer graphene led to the emergence of a new materials platform to investigate strongly correlated physics, namely moiré quantum matter. These systems exhibit a plethora of quantum phases, such as correlated insulators, superconductivity, magnetism, Chern insulators, and more. In this talk I will review some of the recent advances in the field, focusing on the newest generation of moiré quantum systems, where correlated physics, superconductivity, and other fascinating phases can be studied with unprecedented tunability. I will end the talk with an outlook of some exciting directions in this emerging field. 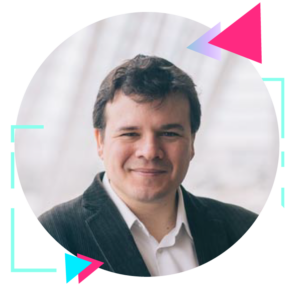 Associate Professor of Ecole Polytechnique, and Senior CNRS Researcher at
the Center for Nanoscience and Nanotechnology at Palaiseau (France)

Graduated from École Polytechnique and Doctor in Quantum Physics from Université Paris 6, Pascale Senellart joined the CNRS in 2001. She was appointed senior researcher in 2011 and has been professor of quantum mechanics at Polytechnique since 2014.

Her research activity is at the interface between nanosciences, semiconductor physics and quantum optics. Her team developed quantum light sources of unprecedented efficiency and this work was recognised by the CNRS Silver Medal in 2014 and the election as a Fellow of the Optical Society of America (OSA) in 2018.

In addition to her research activity, P. Senellart is co-founder of Quandela, a company that sells unique photon sources and is in charge of promoting industrial transfer within the DIM SIRTEQ dedicated to quantum technology in the Île-de-France region 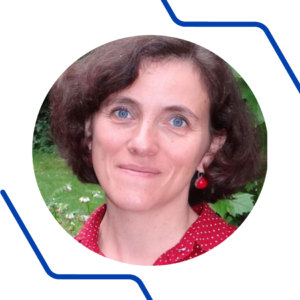 With the Quantum Portugal Initiative,  we are setting the foundations to train a generation of quantum scientist and technologies to make the contribute to the second quantum revolution.

Our goal, train a new generation of PhD students in the area of quantum science and technology

There is an urgent need for institutions and countries to face this new wave of scientific and technological innovations. In this context, there is a need in Europe to gather critical mass in order for Europe to be competitive in this new fast progressing area worldwide. To that end, by opening a special call-in this area there is a possibility for Portuguese research to be competitive in a European context by training a new generation of PhD students in the area of quantum science and technology.